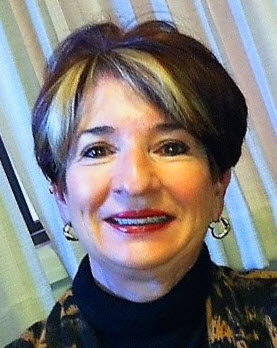 Governor C.L. “Butch” Otter has appointed Linda Hatzenbuehler of Pocatello, who retired in December 2016 as dean and associate vice president of Idaho State University’s Division of Health Sciences, to a four-year term on the Idaho Board of Health and Welfare.

Hatzenbuehler, chair of the Idaho Council on Suicide Prevention, brings more than 40 years of experience to the Board from across the healthcare spectrum, including professional education and licensure, mental health and clinical psychology.

She fills a vacancy on the seven-member Board of Health and Welfare created by the retirement of Stephen Weeg of Pocatello, who had served on the board since 2003. The Board helps guide the Idaho Department of Health and Welfare in the promotion and protection of the public health and well-being of Idaho citizens. The rulemaking and advisory body can adopt, amend, or repeal department rules and standards.

Hatzenbuehler first came to Idaho State University in 1976 and was a professor until 1986 when she was named dean of ISU’s Kasiska College of Health Professions. She was named dean and associate vice president for the ISU Division of Health Sciences in 2010. During her 44-year career at ISU, the health professional education system grew from eight programs and one clinic in Pocatello to more than 20 programs across the state and multiple outpatient clinics.

She received her bachelor’s degree in psychology from John Carroll University and her Ph.D. in clinical psychology from Kent State University, where she met her husband Ron, who retired as a professor of history from ISU in 2013. They have three grown children and two grandchildren.

“I am passionate about my service to the state,” says Hatzenbuehler. “As chair of the Idaho Suicide Prevention Council, I’ve worked closely with members of the department to direct new energy and resources toward preventing deaths by suicide in Idaho, and I look forward to broadening my focus as we contribute to making Idaho the best place to live, work, and be healthy.”