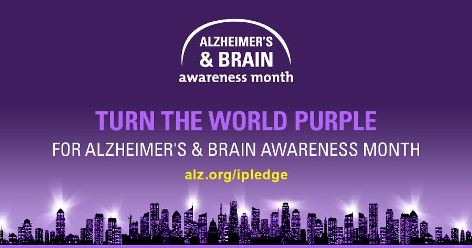 We all hear jokes about “senior moments,” like walking into a room and then promptly forgetting why. But Alzheimer’s disease and dementia is not the normal process of aging and really is nothing to laugh about. June is Alzheimer’s and Brain Awareness month so it’s a good time to remind people that Alzheimer’s is the 6th leading cause of death in Idaho, increasing 41 percent in 2015 compared to 2014 and is higher than the national rate. Alzheimer’s is the most common form of dementia, accounting for 60-80% of all dementias.

Tell us what Alzheimer’s actually is. It’s more than just memory loss, right?

That’s right. It is a progressive disease that starts with mild memory loss that could lead to a person not knowing how to speak or how to carry out their daily activities. It involves the parts of the brain that control thought, memory, and language. Scientists are learning more every day, but they still don’t know what causes it.

How many people have the disease?

Today, 5.5 million Americans live with it, but barring a medical breakthrough, the number of people 65 and over with Alzheimer’s will nearly triple by 2050 to 16 million.  Put another way, today someone in the U.S. develops Alzheimer’s every 66 seconds – by 2050, this will increase to every 33 seconds. What are the risk factors?

Age is the best known risk factor. Researchers also believe that family history plays a part. But beyond that, the evidence is still being gathered. Scientists are finding that some of the risk factors for heart disease and stroke also may increase the risk of developing Alzheimer’s. So it’s important to prioritize healthy choices with your diet and exercise throughout your life. It’s also very important to be mentally and socially active, especially as we age.

If someone is having trouble with their memory, how do you know if it’s Alzheimer’s?

That’s a very good question. Dementia and Alzheimer’s are not part of the normal process of aging, and memory problems are often one of the first warning signs of cognitive loss. Someone with the disease may also experience getting lost in familiar places, having trouble handling money and paying bills, taking longer to do normal things, displaying poor judgment, losing or misplacing things in odd places, and mood and personality changes.

These things don’t necessarily mean you have the disease, but you should see your healthcare provider to discuss your concerns.

How is the disease treated?

There’s no known cure yet. Treatment can include medication or not, but it always focuses on helping people maintain mental function, managing behavioral symptoms, and slowing other symptoms of the disease. Medications cannot stop Alzheimer’s from progressing, but they can temporarily slow the worsening of symptoms and improve quality of life.

As terrible as the disease is for the person who has it, there also is a toll on family members who care for them. Can you talk a little about that?

First and foremost, it’s important that caregivers recognize the value of their health and well-being even as they care for their loved ones. Taking care of a person with Alzheimer’s is extremely difficult. It’s not a sign of weakness to ask for a break when you need it. If you don’t have friends and family you can ask, there are classes and support groups and other resources that can help. Dial the Idaho CareLine at 2-1-1 to be directed to those resources.