Did you know that April is Sexual Assault Awareness Month? Every year since 1970, the National Sexual Violence Resource Center has led the nation in recognizing ways to respond to and prevent sexual violence. In light of the #MeToo movement that has raised awareness of workplace sexual harassment, now is a great time to engage with sexual violence prevention efforts around Idaho and in the United States.

Sexual violence is a concern everywhere, including in Idaho. According to the 2012 National Intimate Partner and Sexual Violence Survey, 2 in 5 women and nearly 1 in 5 men in Idaho have experienced sexual violence in their lifetime. Sexual violence can occur at any age, although children and women under the age of 25 are at a higher risk.  The person responsible for the violence is usually somebody known to the victim or survivor, such as a family member, friend, coworker, or neighbor. The Idaho Sexual Violence Prevention Program, along with a host of invaluable statewide and local partners, aim to change this status quo. 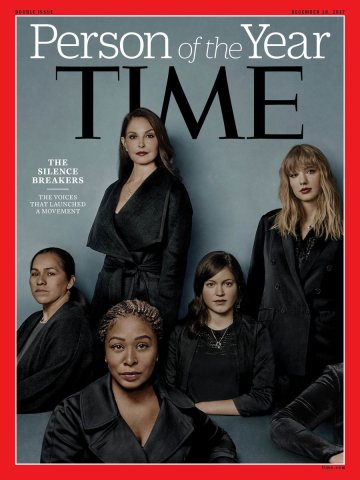 Though Tarana Burke started the #MeToo movement over a decade ago, Alyssa Milano re-popularized the hashtag-turned-movement in October 2018 to raise awareness of the prevalence of sexual violence and build solidarity among those who have been affected.

Hundreds of thousands of survivors and victims of sexual violence raised their voices, bravely told their stories, and joined in a chorus of saying #TimesUp for the silence around sexual violence experience in the home, at school, in public, and the workplace.

As a community of state employees, we are given an opportunity to speak out against sexual violence, and work together to end it before it starts. The Idaho Sexual Violence Prevention Program aims to work with community members, law enforcement, health centers, and resource agencies throughout Idaho to shift social norms that support cultures of violence. By working together, all Idahoans can create supportive environments for survivors and encourage all Idahoans to live a happy, healthy, and safe life.